At M-TRON Components, we apply our core value to our business activities every day. Honesty and courage in our dealings with customers and suppliers around the world, personal accountability, and a relentless pursuit of service excellence. Consistent with our core values and company history, M-TRON Components recognizes that we have a responsibility not to support or contribute to the violence and human rights violations associated with the mining of certain minerals in Central Africa described as the “Conflict Region.”1

Electronics components contain various metals including tantalum, tin, tungsten, and gold. These four metals are sourced worldwide, including the Eastern provinces of the Democratic Republic of the Congo (DR Congo), where millions have died in a civil war that has persisted for more than a decade. Armed militias profit from the trade of these metals in DR Congo and nearby countries in the Conflict Region.

In the U.S., Section 1502 of the 2010 Dodd-Frank Act requires companies to file an annual special disclosure with the U.S. Securities and Exchange Commission beginning in 2014 indicating if their products include metals sourced from the Conflict Region.

We support the 2010 Dodd-Frank Act and the related U.S. Securities and Exchange Commission Rule that promotes transparency and consumer awareness regarding the use of “Conflict Minerals”2 and seeks to cut direct and indirect funding of armed groups engaged in conflict and human rights abuses in the Conflict Region.

M-TRON Components does not directly purchase any Conflict Minerals from any source and does not knowingly procure any product containing Conflict Minerals from the Conflict Region to the extent that M-TRON’s value-added services offering may include the manufacture of various products that contain “Conflict Minerals” that are necessary to the functionality or production of the product. M-TRON is committed to working with our supply chain to increase transparency regarding the origin and traceability of minerals contained in products. M-TRON’s due diligence is based on those described in the Organization for Economic Cooperation and Development Due Diligence Guidance for High-Risk Areas.

We encourage our suppliers to adopt similar policies and management systems with respect to Conflict Minerals and to drive those efforts throughout their supply chain to ensure that the specified metals are being sourced only from; 1) mines and smelters outside the Conflict Region, or 2) mines and smelters within the Conflict Region which have been certified by an independent third party as “conflict-free.”

2 Conflict Minerals include Columbite-Tantalite (Tantalum), Cassiterite (Tin), Gold, Wolframite (Tungsten), and any derivative from these minerals. 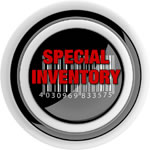